On the morning of October 31, the signing ceremony of Modern Logistics Port in Western China and Chengdu Huachi Science and Technology Co., Ltd. was held at Dongxu Jinjiang Hotel. Cao Bin, Secretary of the Party Committee of Chuanshan District, delivered a speech, and Han Lin, Deputy Secretary of the District Committee and District Director, presided over the ceremony.

At the signing ceremony, Niu Bin, Secretary of the Party Labor Committee and director of the Management Committee of the Logistics Port, signed a contract with He Gang, chairman of Chengdu Hongming Electronics Co., Ltd. It is understood that Chengdu Huachi Science and Technology Co., Ltd. is a wholly-owned subsidiary of Chengdu Hongming Electronics Co., Ltd. (715 Factory), a well-known backbone enterprise of electronic components in China. The signing of the project marks that Hongming Electronics has officially settled in the Ship Mountain Logistics Port, injecting new vitality into the "3311" leading industry of electronic information in the whole region. 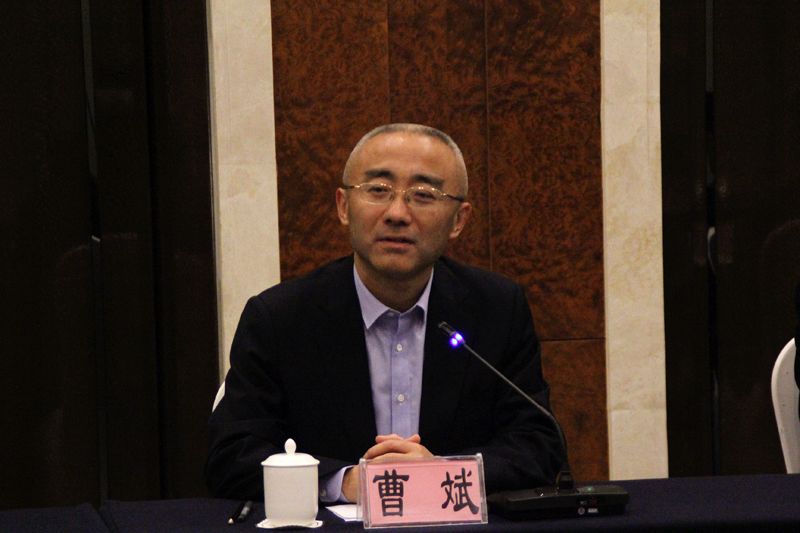 In his speech, Cao Bin, Secretary of the Party Committee of Chuanshan District, warmly welcomed the establishment of Chengdu Huachi Science and Technology Co., Ltd. in Suining. He said that the successful signing of the chip multi-layer ceramic capacitor project (Phase I) is a fruitful result of strategic cooperation between Chuanshan and Hongming, and will inject new energy into the electronic information industry in Chuanshan. He put forward three points of hope that the two sides will make joint efforts to invest in production as soon as possible. He hoped that the second phase agreement of the project with a total investment of 4.5 billion yuan could be signed as soon as possible. He also hoped that under the leadership of President He, your company would realize the goal of being the top three in the world and the first in China as soon as possible.

He Gang, chairman of Chengdu Huachi Science and Technology Co., Ltd., introduced the basic situation of the project. Hongming Electronics Co., Ltd. has been established for 60 years, carrying the glory and dreams of generations. The company''''s predecessor is the State-owned 715 Factory (founded on June 8, 1958). MLCC is a capital-intensive and technology-intensive industry. The company dominates the domestic military MLCC product market with a market share of more than 50%. He said that Hongming Electronics Co., Ltd. is fully confident of building the company into China''''s first, the world''''s top three size and has great confidence in the future.

Subsequently, the general manager of Chengdu Huachi Science and Technology Co., Ltd. said that Suining landed in the southwest of China. As an influential gathering place of electronic information industry besides Chengdu and Chongqing, Suining has good basic advantages and cost advantages in market demand and industrial matching. Second, Suining is situated in the middle between Chengdu and Chongqing, with strong radiation capacity, and also meets the conditions of close management of investors''''headquarters. Thirdly, Suining has a good investment environment and guarantee ability, which strengthens the investment confidence of enterprises.